The final week of the royal commission’s superannuation hearings has delved into misconduct ranging from charging deceased clients to failing to transfer customers to low-cost accounts.

The royal commission revisited NAB on Monday after its strong focus on the bank the prior week in relation to inappropriate superannuation fees, including fees-for-no service and the possibility that it had breached criminal and civil laws.

Throughout the week, the commission explored how trustees were using members’ money and how some were slow to rollover members’ money into the federal government’s low-cost MySuper regime introduced in 2014.

The commission’s two-weeks of hearings into Australia’s $2.6 trillion superannuation sector is due to wrap up today.

Counsel Assisting the royal commission Michael Hodge, QC, has focused on how the regulators are policing the sector so far today.

Helen Rowell, deputy chair of the Australian Prudential Regulation Authority (APRA), is in the witness box this morning.

She is expected to be followed by the Australian Securities and Investments Commission’s (ASIC) senior executive Tim Mullaly.

Here are some of the key events and issues raised this week:

AMP Super chairman and non-executive director Richard Allert was quizzed about low returns and high fees for some fund members.

Mr Hodge asked why members who put their retirement savings with AMP, and who had those savings invested 100 per cent in cash, ended up with substantially lower returns than if they had invested their savings in an interest bearing account with AMP bank.

Mr Allert admitted that some members would have been better off with their money in a savings account.

He also told the commission that AMP superannuation trustees would reduce fees and refund a total of $5 million to about 12,500 of its customers with cash investments that had a negative return.

Under the regime, if a person has not chosen a super fund, then the employer must pay contributions to a super fund that offers MySuper, that is a low-cost account.

Commonwealth Bank’s wealth management business Colonial First State was one of the companies queried about why it missed the 2014 deadline to transfer funds to a MySuper account and instead kept them in higher fee accounts.

Colonial First State Executive General Manager Linda Elkins told the commission that Colonial had committed 15,000 breaches of the law over its handling of the MySuper transfers.

However, banking regulator APRA did not prosecute the offences and instead put in a plan to gradually move the accounts over.

Suncorp used tax surplus for administration costs rather than return the money to members, the royal commission heard earlier in the week.

The head of Suncorp’s superannuation trustee, Maurizio Pinto, was asked about payments, including an $8-million tax surplus that belonged to Suncorp Life and Superannuation members.

Mr Pinto told the royal commission that the surplus was used for administration services and admitted the fees were not included in the fund’s product disclosure statement.

Industry superannuation fund Hostplus said it spends hundreds of thousands of dollars of its members’ money on entertaining employers at the Australian Open tennis tournament each year.

Hostplus CEO David Elia told the commission that the company spent $260,000 on about 120 employers from across the country at the Australian Open last year.

When asked why this was necessary, Mr Elia said it was a competitive market for the industry fund that specialises in the hospitality, tourism, recreation and sport sectors.

“Our competitors are doing exactly the same thing,” he said.

He said the fund had lost business in the past, including one of the largest hotel chains in the world, because the “CEO did not have a relationship” with Hostplus.

NAB’s former head of wealth and current chief customer officer Andrew Hagger returned to the royal commission on Monday where he was questioned about why the bank did not tell corporate regulator, the Australian Securities and Investments Commission (ASIC), the size of its fees-for-no service problem in 2016.

Counsel Assisting Michael Hodge, QC, suggested that NAB withheld the information because it knew ASIC was due to release a report about the industry’s fees-for-no-service and it was afraid the larger payout would result in NAB no longer being “in the middle of the pack” among the banks caught up in the scandal.

Mr Hagger told the commission that he had called ASIC about it which “put it out of our hands whether it should be included or not because the invitation was there for ASIC to include it …”.

The Royal Commission into Misconduct in the Banking, Superannuation and Financial Services Industry is yet to draw its conclusions from its investigations.

It will submit an interim report by September 30 and a final report early next year.

The superannuation round is the commission’s fifth round of public hearings. There are two more rounds to go, which will focus on insurance. 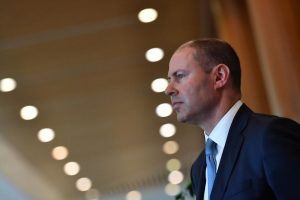 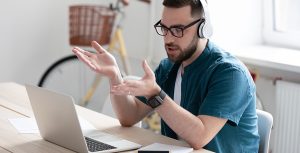 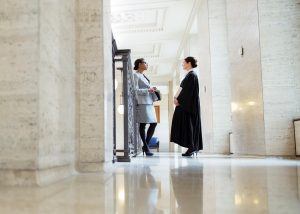